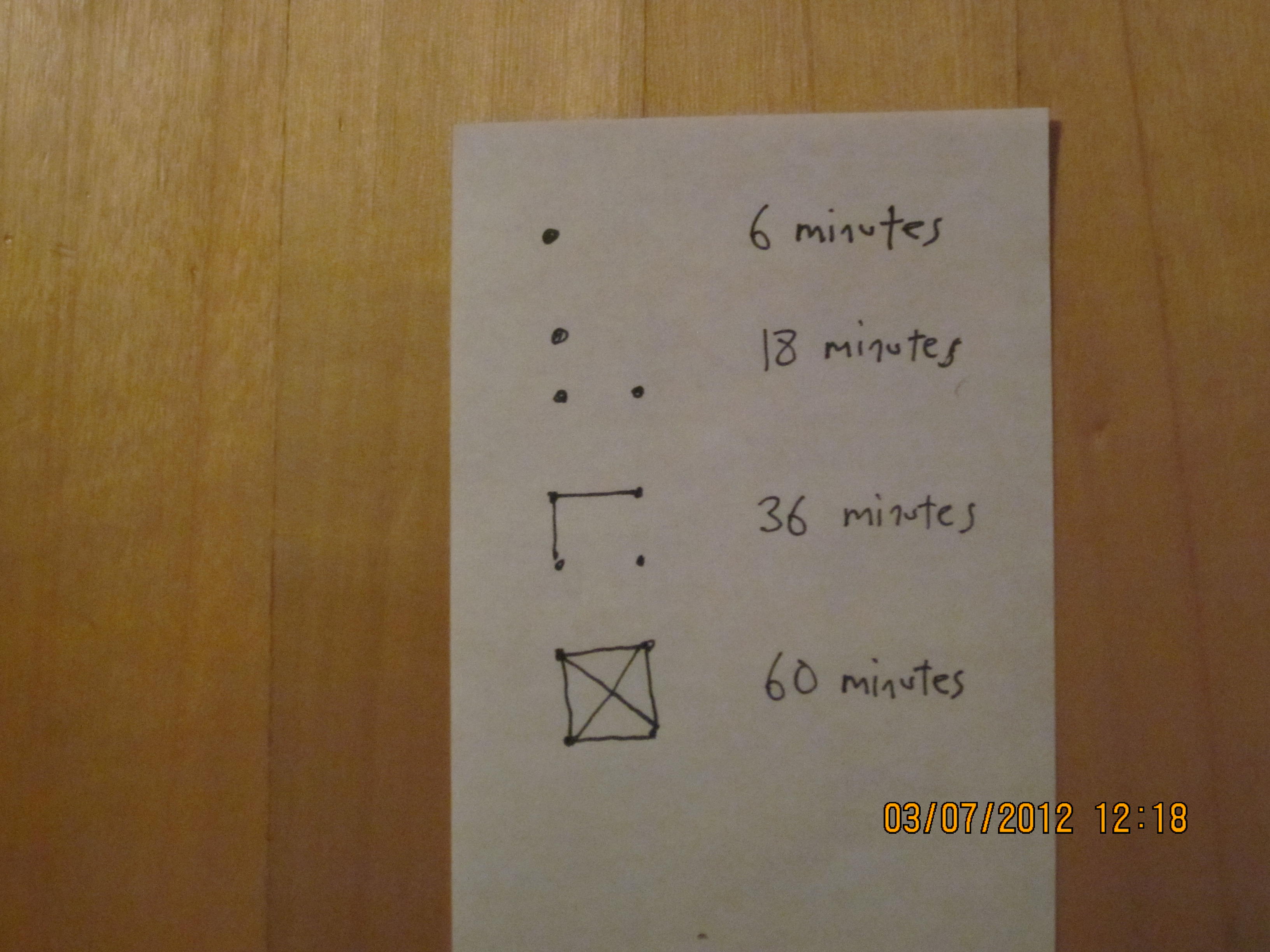 I’ve posted several times about the use of what I call “magic dots” to get things done. You make a dot or line every six minutes of work. I use the counting method shown above. The effect was first seen in pigeons. A similar effect was discovered (by accident) in rats.

It works amazingly well. “The magic dots have been magic,” said a user named Joan. It would be nice to know why — maybe the effect can be made even stronger. Joan commented in an email:

I have been thinking about why this has worked for me – I think it’s that there is an almost immediate “reward”, so I get started right away. Since the reward does not have any associations, there’s no inner conflict sabotaging it. For instance, I might feel guilty if I ate a jelly bean every 6 minutes, or I might just eat them anyway. I’m not “deprived” if I don’t get to add more dots and lines, and I know I can just get back to work and start writing dots again.

Certainly the dots – or the act of making a dot — act as a reward. But why? If I’m writing something, why do the dots have an effect when I can already see my progress by looking at what I’ve written? I’m already making marks.

The consistency of the marks — the same mark, again and again — may make a difference. Presumably the brain needs to notice a correlation: Writing (or whatever the difficult task is) produces both marks and progress (= a sense of satisfaction). Other activities produce neither. The more identical the marks, the easier to see the correlation. When I write, there is not one consistent mark of progress.

Maybe other people have independently discovered this, without knowing about the pigeon results. Their methods might shed light on what you need to do to get the effect. I don’t know of any independent discoveries. The closest thing I can think of is most computer games provide markers of your progress throughout the game, such as level advancement.