When The Shangri-La Diet was published (2006), I enjoyed checking its Amazon rank. The rank got worse. I checked less often. Eventually it was usually above 100,000 and I barely checked at all.

A few months ago, I noticed it was much better than I expected — maybe 40,000. How did that happen? Were sales improving? To find out, I subscribed to RankTracer, which records Amazon rank every hour and plots the results.

Here are the first two months of data from RankTracer: 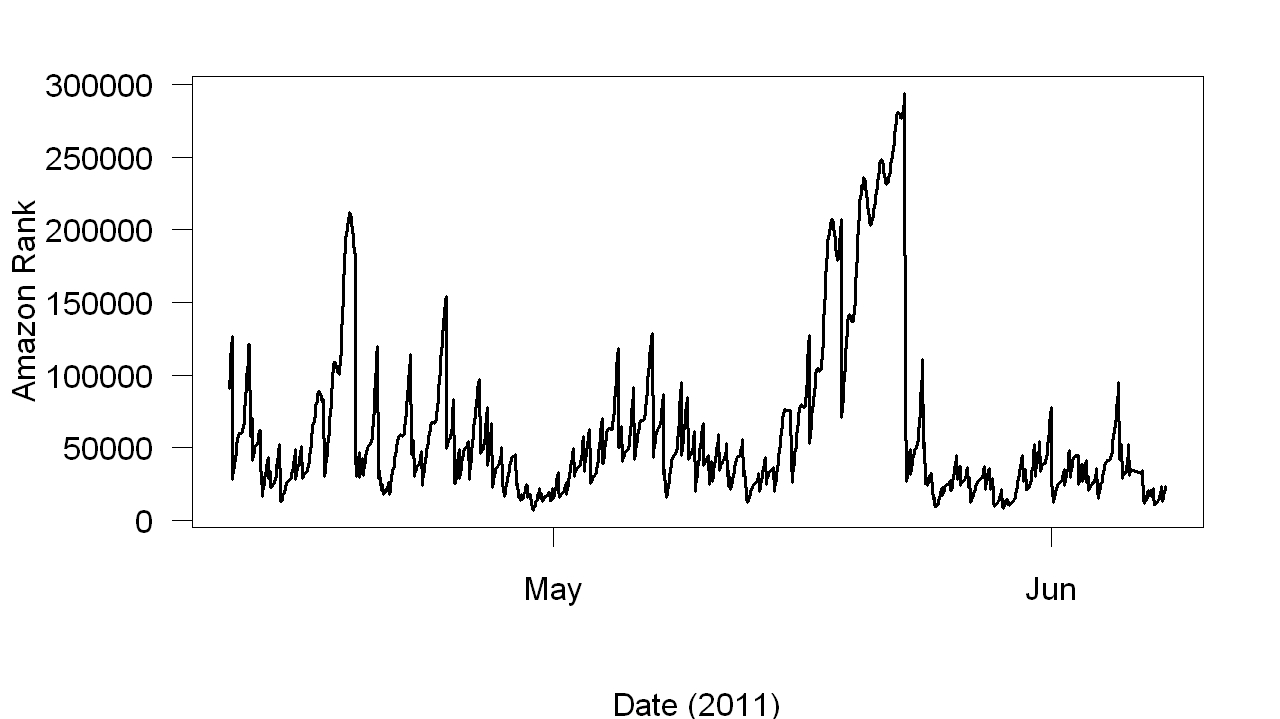 This resembles the graphs that RankTracer makes. Whether the rank is steadily improving isn’t clear. Here is the same data with a logarithmic y axis: 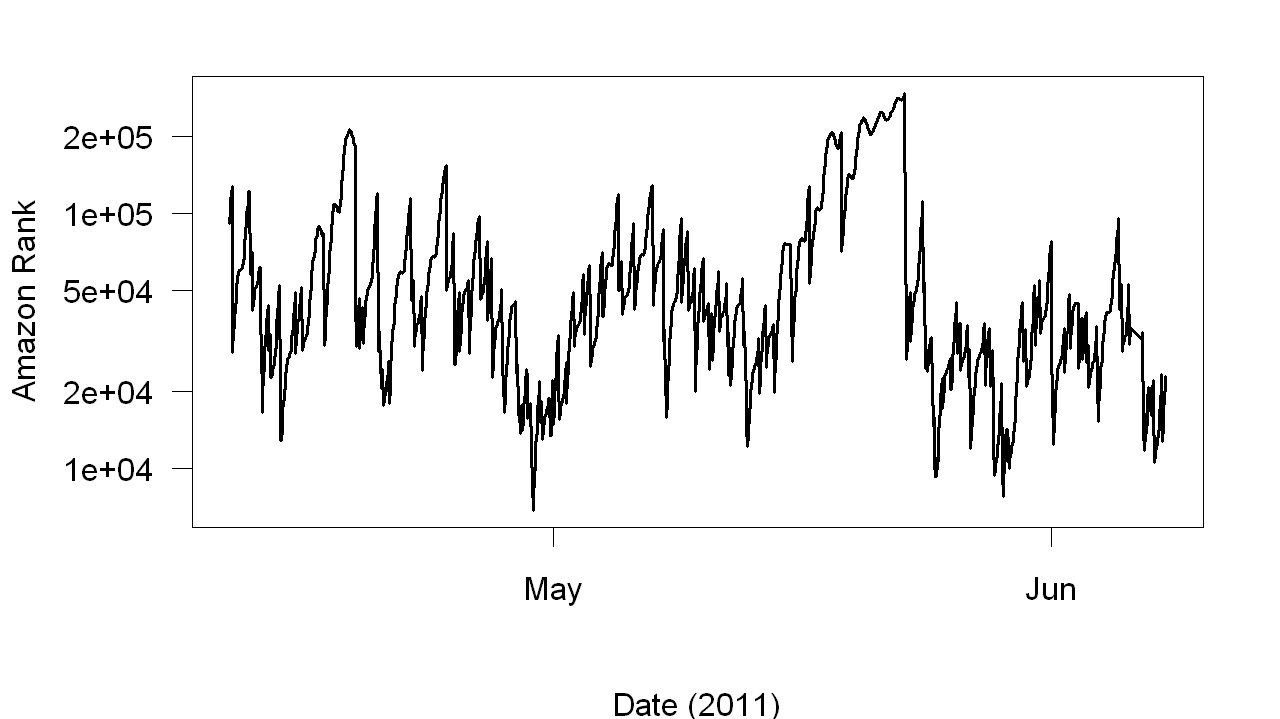 I’m pretty sure that slowly increasing sales five years after publication is extremely rare. But a bizarre sales record is entirely consistent with two recent comments on the SLD forums. One is this:

It does work, and it is totally boggling that something so counter-intuitive would work. . . . You don’t have to devote your life to starving and working out. One of the best-kept secrets of all time.

The other is this:

I refuse to get drawn into ‘how crazy’ it sounds … I just like the results.