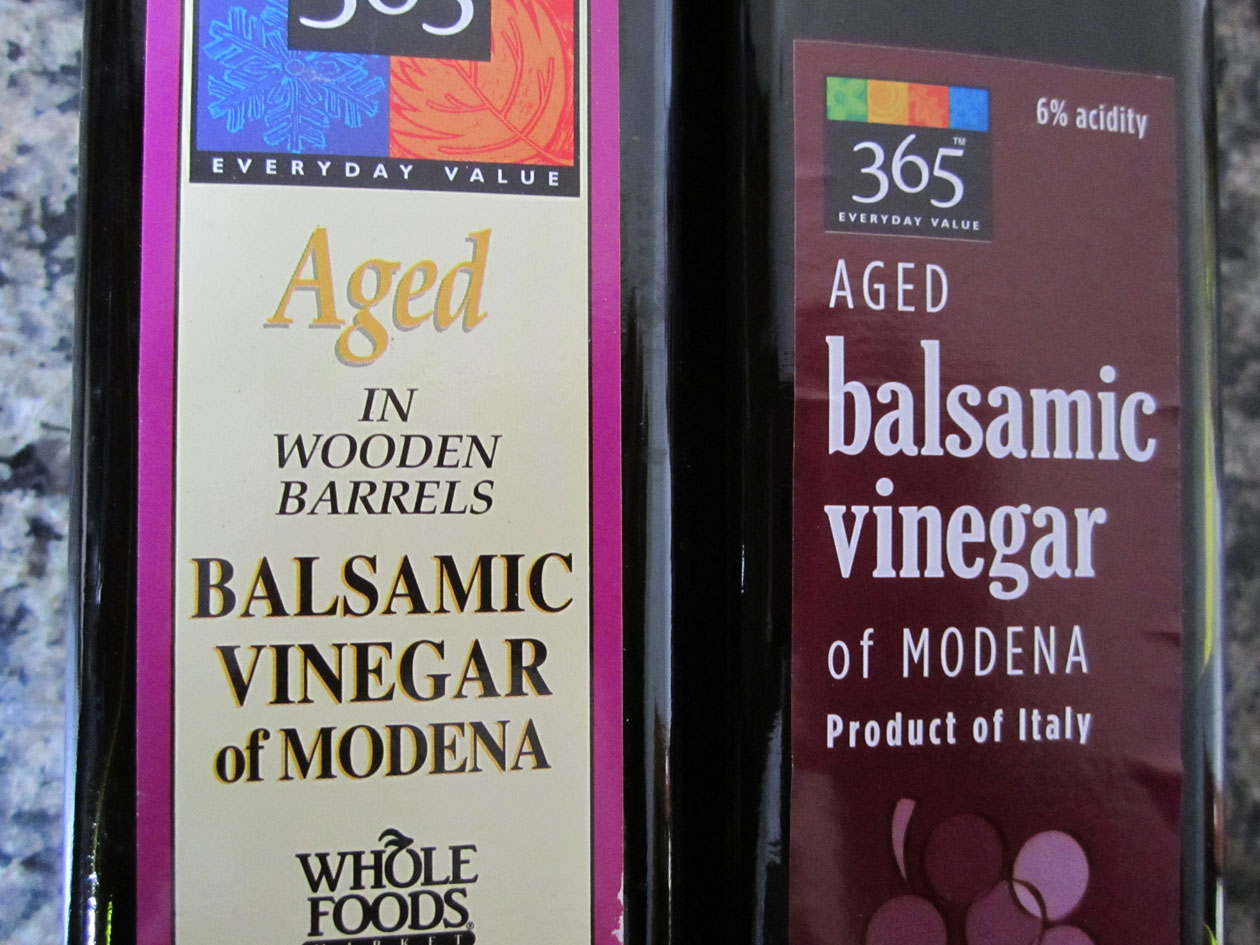 My friend Carl Willat sent me this photo with the comment “noticeably worse” — meaning that the new version (on the right) is noticeably worse than the old version (on the left). 365 is the Whole Foods house brand. Years ago,the label of 365 balsamic vinegar said “aged 5 years”. Then one day it didn’t. The younger vinegar (aged 1 year?) tasted noticeably worse. In a side-by-side comparison, it was obvious.

Side-by-side comparisons, I discovered thanks to Carl, are powerful — and I could use that power to improve my life. A long time ago at his apartment I tasted five versions of limoncello (Italian lemon liqueur) side by side. Of course the differences became clearer–that’s obvious. The surprise was that all of a sudden I cared about the differences. Before that tasting, I had had plenty of limoncello. But only at the side-by-side tasting did I develop a liking for the good stuff (more complex flavor) and a dislike for the cheaper stuff (simpler flavor). I stopped buying cheap limoncello and started buying expensive limoncello. I got a lot of pleasure out of it. I still do this. A few weeks ago I bought some rum to flavor my yogurt. I started with the cheapest brand. A week later, to compare, I got a more expensive brand. Side-by-side tasting showed it was clearly better. Now I sort of relish it — the side-by-side comparison made rum drinking more enjoyable. Soon I will get an even more expensive rum, to see how it stacks up.

I’m pretty sure such side-by-side comparisons are how connoisseurs are made. The evolutionary reason for this effect, I believe, is that connoisseurs will pay more than other people for well-made stuff, thus helping skilled artisans — during the Stone Age, the main source of innovation — make a living.

In Carl’s picture the new vinegar looks much cheaper than the old vinegar. The previous change (from aged 5 years to not aged 5 years) wasn’t accompanied by a cheaper-looking label. Maybe Whole Food headquarters had received complaints from manufacturers of other balsamic vinegars: Your house brand is too good. And they replied: Okay, we’ll cheapen it.